It is the end of the season for roses in my garden. I grow roses because I love their extravagance, their velvety smoothness, but most of all–their fragrance. However, I confess I find them rather high maintenance, particularly as an organic gardener unwilling to use chemicals. Nonetheless, I will keep them, for even with the continual black spot battle and other rosy problems, I love it when they open to sun or clouds and invite me into beauty and sensory splendor. I love their frivolousness and their profusion–how extravagant and fragrant they can be. 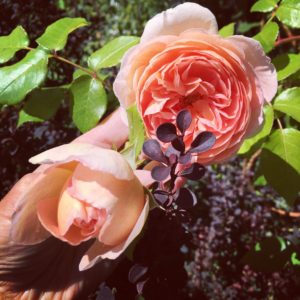 But I recently learned a tidbit about roses that has me pondering a few things. Florists refer to roses that won’t open as “bullets.” These roses are discarded and thrown away because they will never bloom. They have turned in on themselves so tightly that they can never release their fragrance.

If that isn’t an analogy worth playing with, I don’t know what is. You can go so many directions with it but I’d like to focus on what it can mean for us to let go of what we are holding onto so tightly and let ourselves  open up.

In the last couple of years, I’ve been focusing on risking–on stepping out there–on not letting myself hang back in the face of fear. This has led me to all sorts of places and situations, many of which, frankly, have terrified me. It led me to taking my youngest by myself to Spain to see his sister in her semester abroad there. It led to going with the middle child to Africa for 3 weeks with nineteen other teenagers and sleeping out in the African bush in a tent (and, as it turned out, with thousands of little ants…). It has led to opening myself up in new (and scary for me) ways to my spouse and my friends. It has led to me leaving the known and going into the unknown in terms of my career, my creativity, and my capabilities.

Until the last few years, I’ve had no idea how much I had turned in on myself and how tightly controlled and protective I have been of myself. I had gone to seminary on the opposite coast. A liberal one, at that. I’d worked in a psychiatric hospital, getting myself locked in every time I went and spending time with one of New Jersey’s mass murderers. I’d preached in a big, established church in Manhattan. I’d regularly gotten up in front of crowds and had often been vulnerable, letting people into a picture of my world. Me, shut down? Protective? No way.

With the help of a wise person gently and repeatedly helping me look at myself as I really and truly am, I’ve confronted the truth about how bundled up and riddled with fear I’ve been. I’ve had to face the fact that I’ve spent much of my life tightly controlling what I open myself to or how I open myself to others and the world. I’ve been more like a rose bullet than a full-blown rose that opens to water and light.

I’m learning. I’m learning that when we hold on tightly to ourselves–when we try to protect ourselves from whatever the hell it is we are afraid of (and most of us are afraid of many things), we miss out. A sunrise in Washington is not the same as a sunrise in Mozambique. 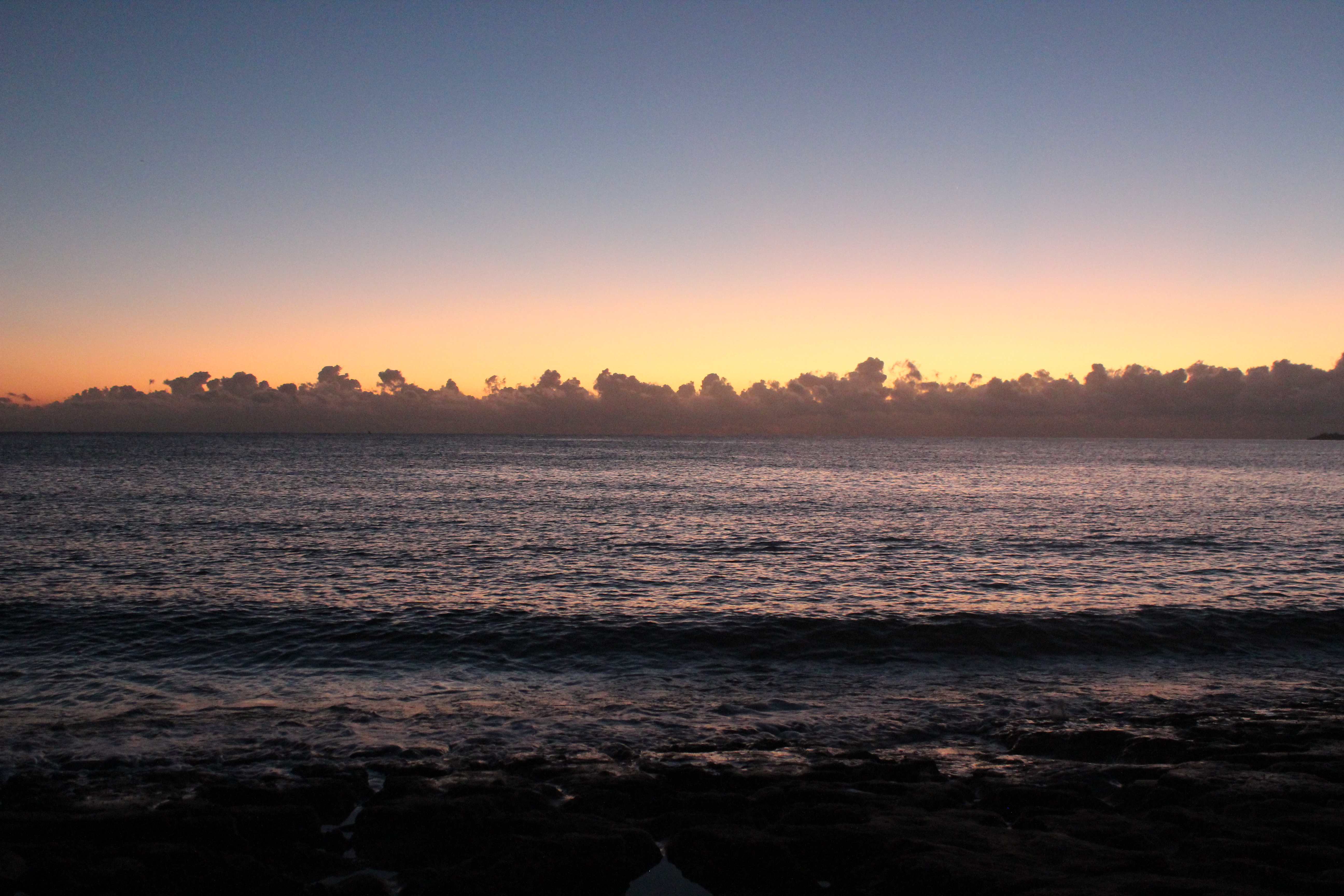 A sunset in the African bush is not the same as a sunset in one’s hometown. 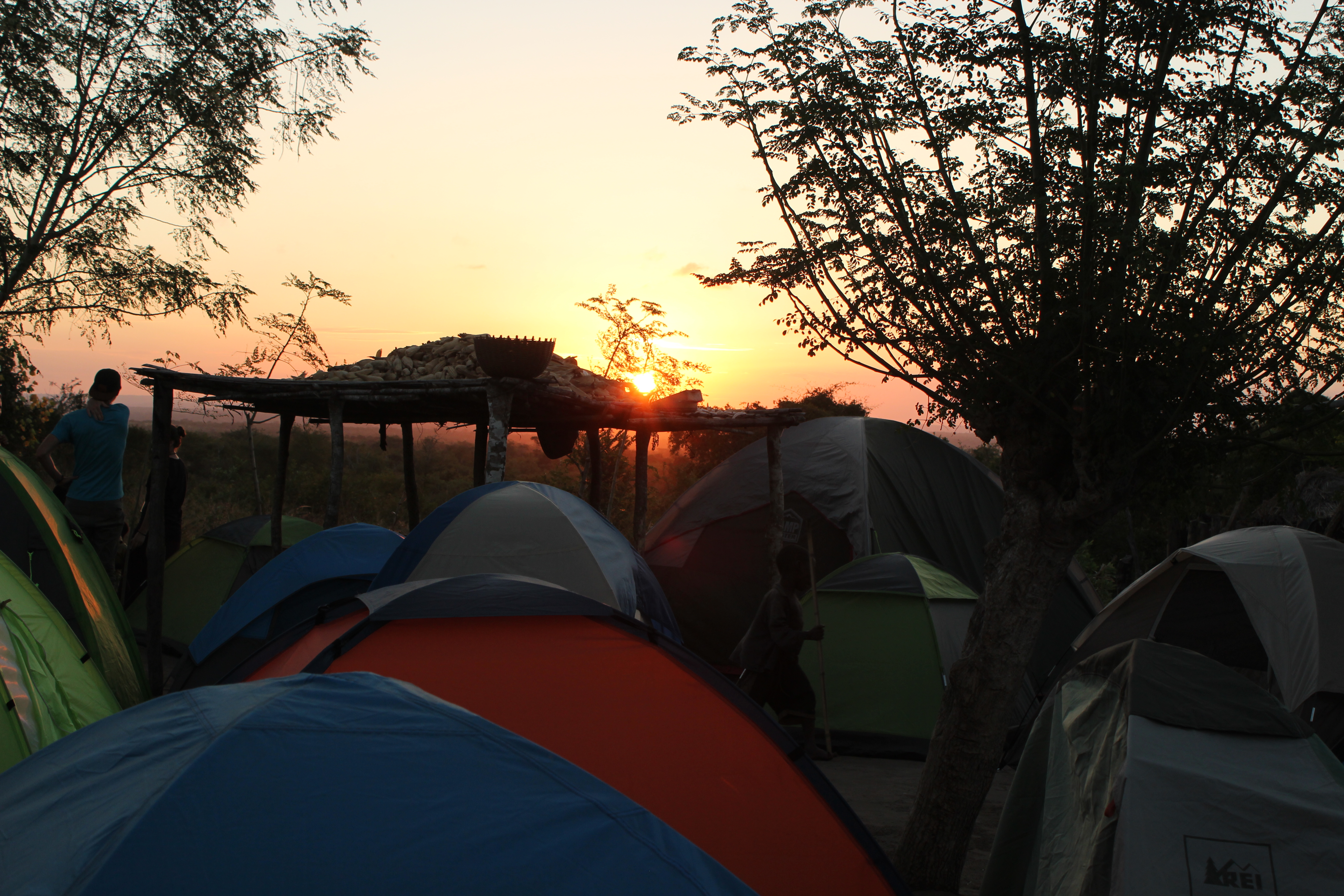 Sunset in African bush from our campsite

This trip that I went on to Africa with my middle child was his second trip to Africa. My first. I was amused as he tried to prep me for the trip, insisting that this trip would be “life-changing.” I have traveled before. I’ve gone to 2/3 world places before. Life-changing? Probably not. Super cool? Yes. Will I come home with new perspectives and understandings? Surely.

I had agreed to this trip because the carrot dangling was too tempting to resist. But there were many times in the months leading up to the trip when I wished I’d said, “No, I didn’t think I could chaperone this time around, but maybe next”?  I absolutely hate to miss my garden in June. It is my favorite month in the garden and I was going to be gone three weeks of it. My fear surfaced in dreams. It rose to the surface when the visas came back approved for travel to Uganda and Mozambique. it showed up when I looked at the packing list and went to chiropractic visits to try and get my back to a place where it could stand that much airplane travel.

But I went. I opened myself up and refused to let my fear keep me tightly budded. As I sat in the prayer garden on the Iris Ministries base in Pemba, Mozambique, looking out over the Indian Ocean, as I witnessed jaw-dropping encounters with God in the lives of the teenagers I was with, as I heard the stories of survival and grace in the lives of students and leaders in Uganda, as I witnessed miracle after miracle, one of my predominant thoughts was, “What if I had stayed home?!! I would have missed out on all this beauty. All this fragrance, all this goodness and yes, glory.” Life-changing?

Yes, middle son. You were right. It was going to be a life-changing trip. 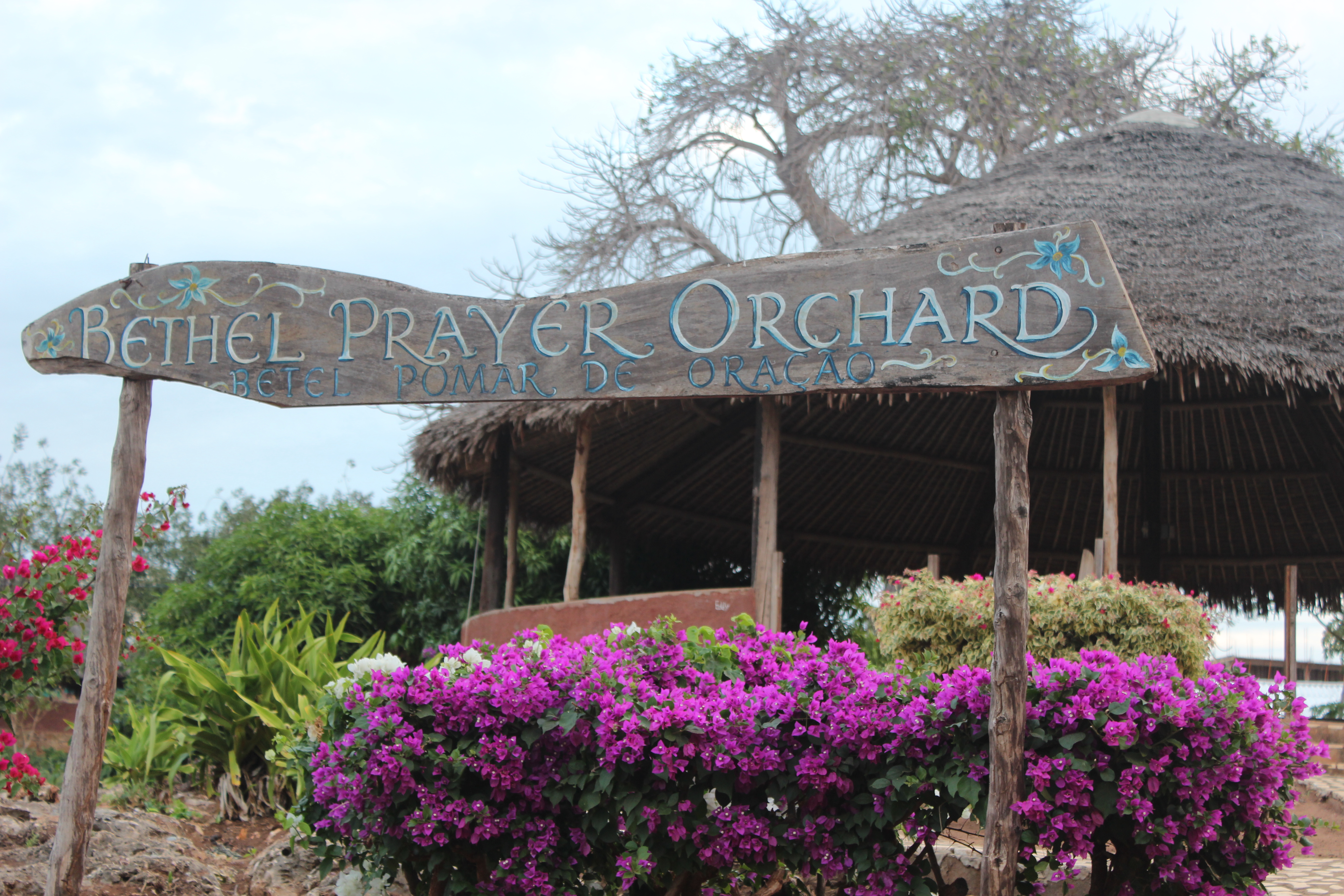 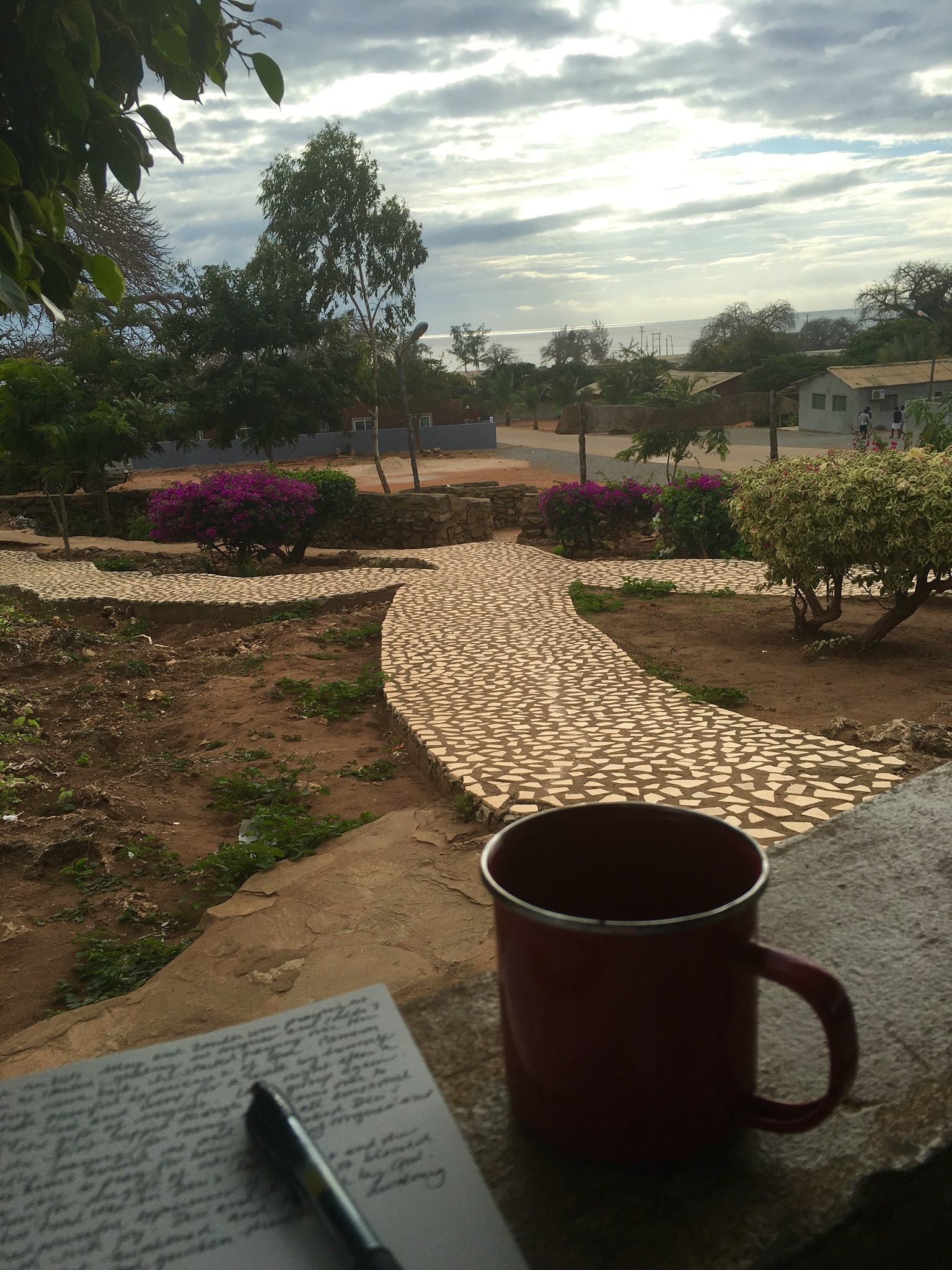 Here’s the thing. The culture’s messages right now are super strong in telling us to be afraid. To protect. To  withhold and store away and avoid risk to ourselves, our families, our nation. These messages actually reinforce our own strong internal voices that many of us have nurtured from young ages. We learned early on what we had to do to protect ourselves, to survive. And most of that required us to stay closed or guarded, to not show ourselves, to not open or expose ourselves. To stay tightly budded. Or, as Glennon Doyle Melton says in her book Love Warrior, it required us to send our “representative” out into the world, not our truest selves. Putting our truest self out there is pretty darn scary. 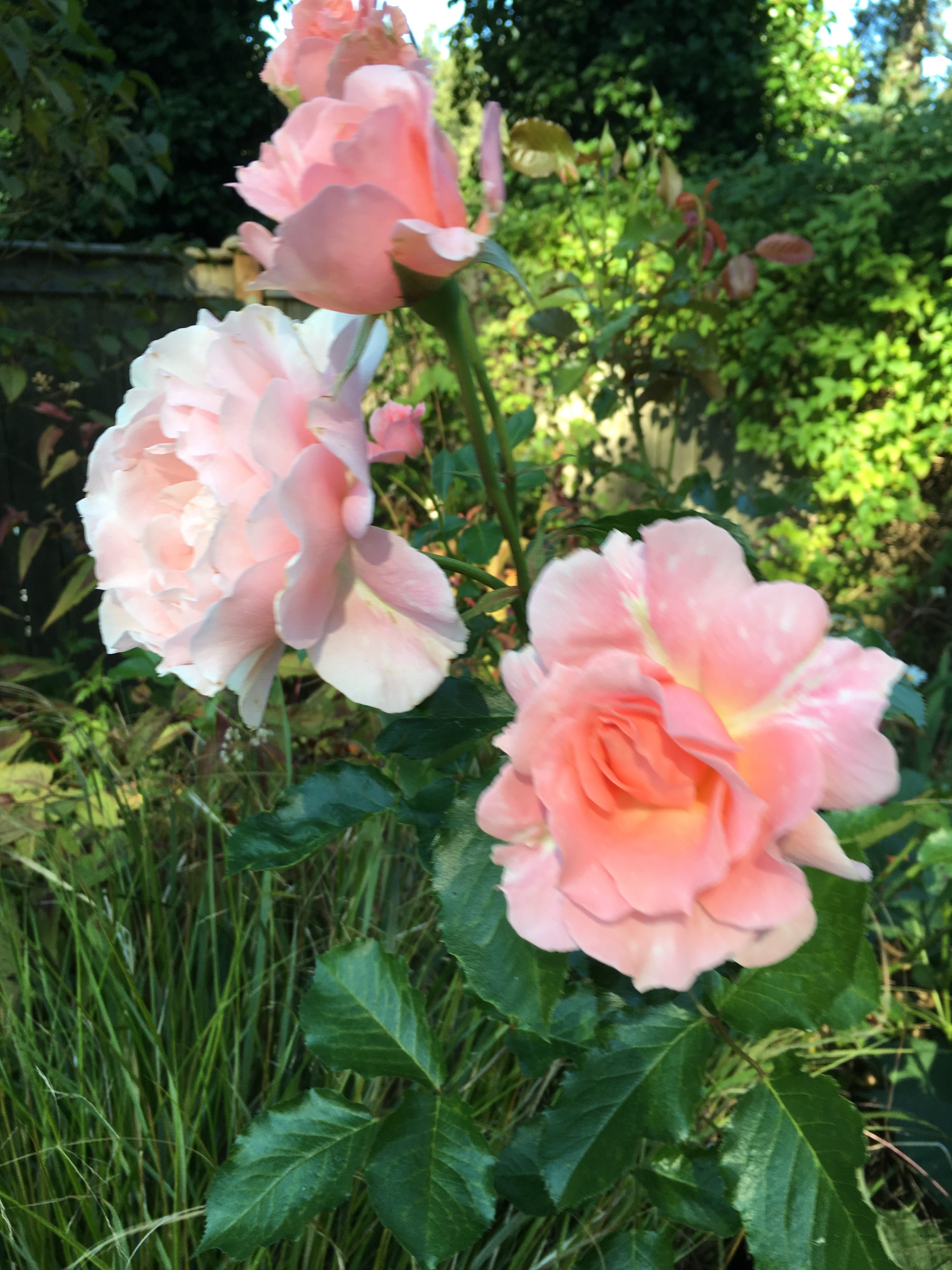 Some of the last of this year’s roses

About the Author: Kimberly Crispeno

“Don’t scorn your life because it’s not dramatic, or it’s impoverished, or it looks dull, or it’s workaday. Don’t scorn it. It is where poetry is taking place if you’ve got the sensitivity to see it, if your eyes are open.” – Philip Levine